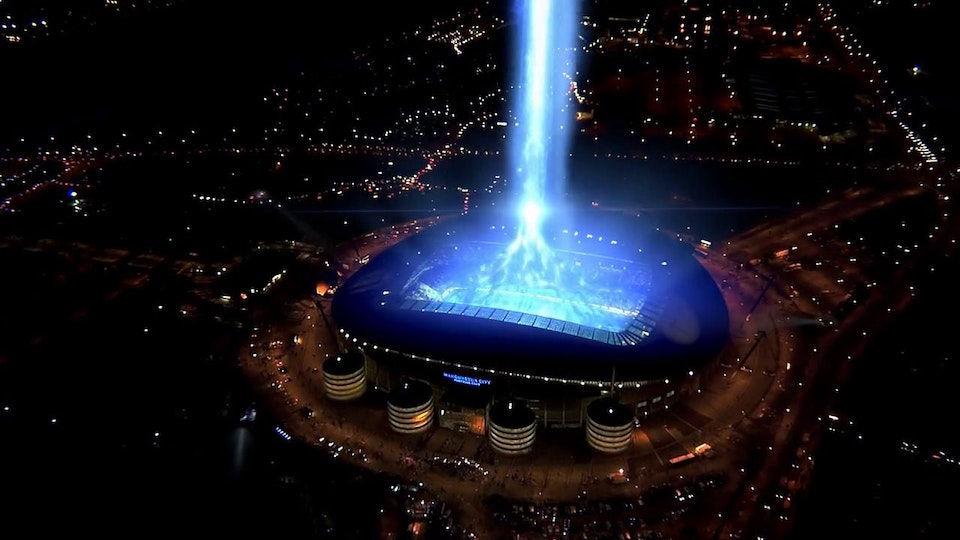 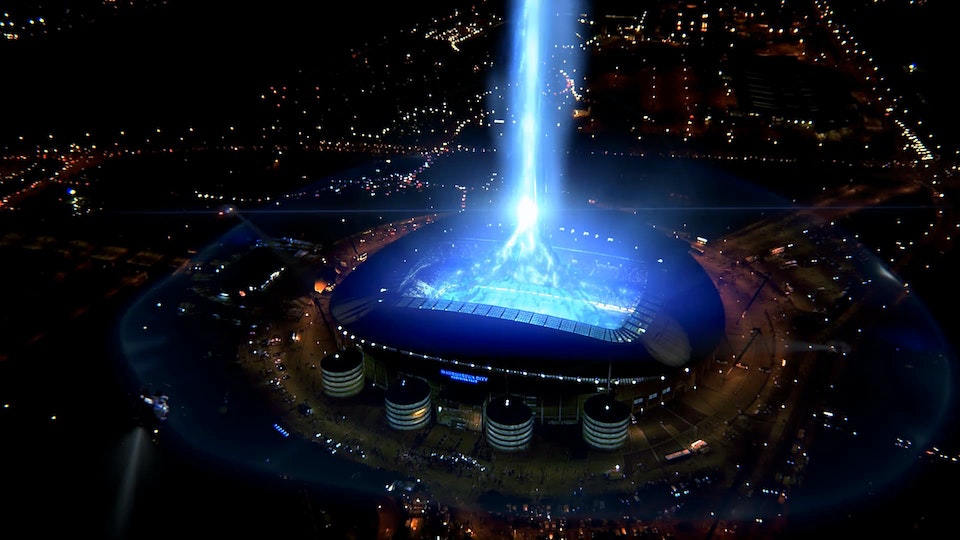 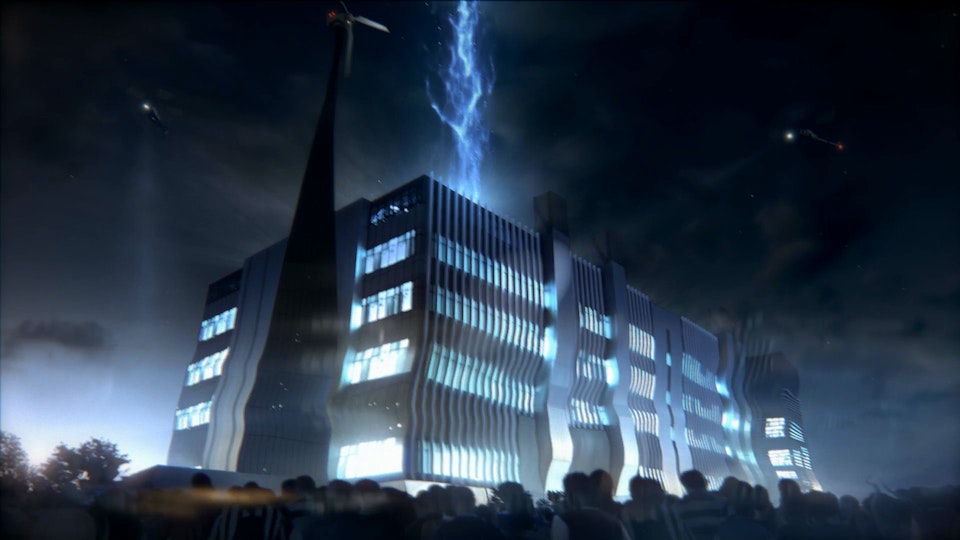 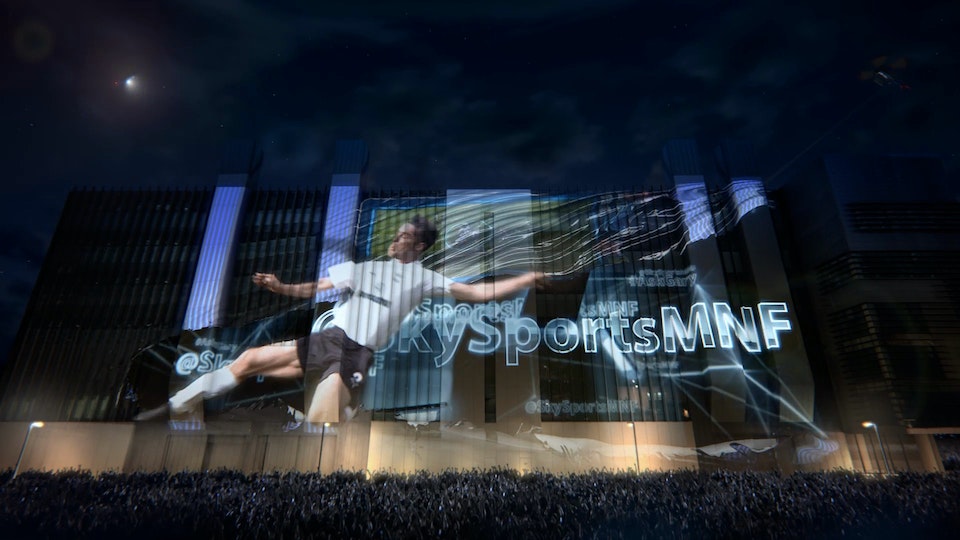 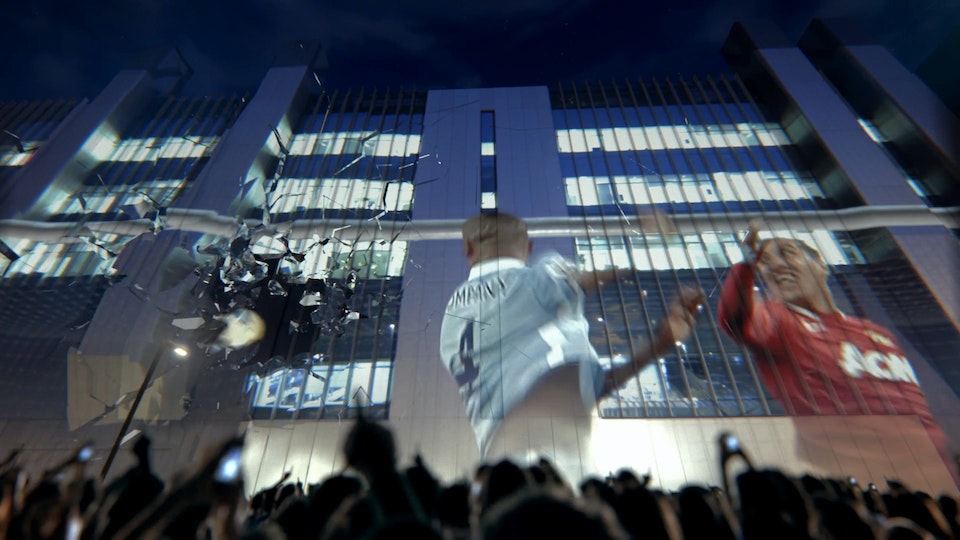 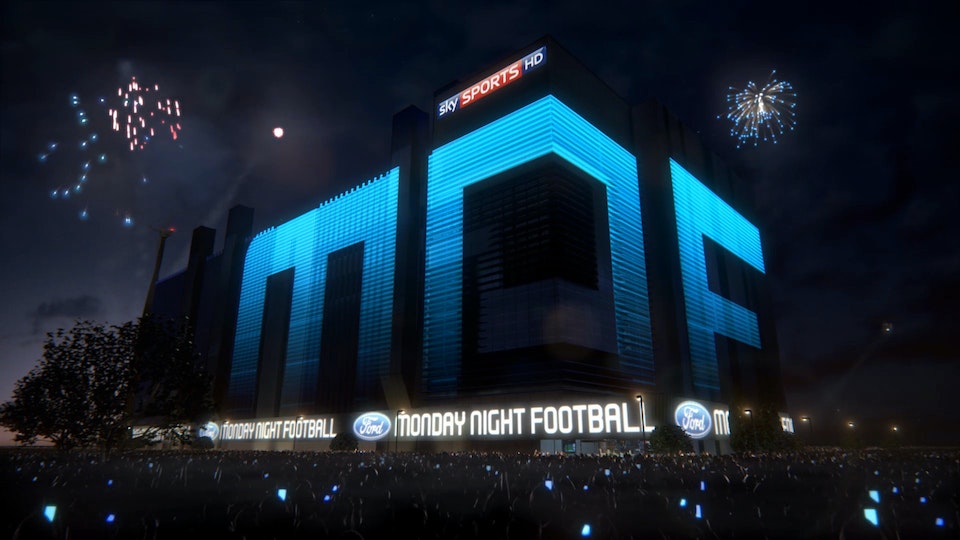 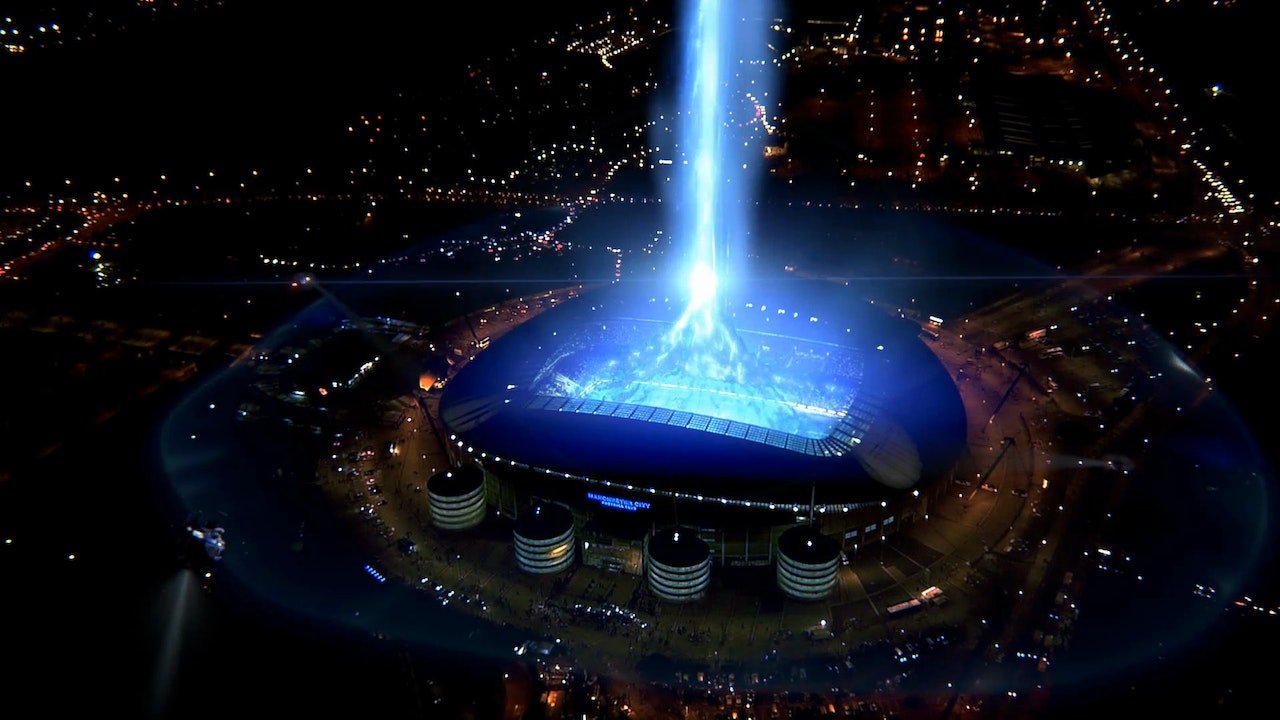 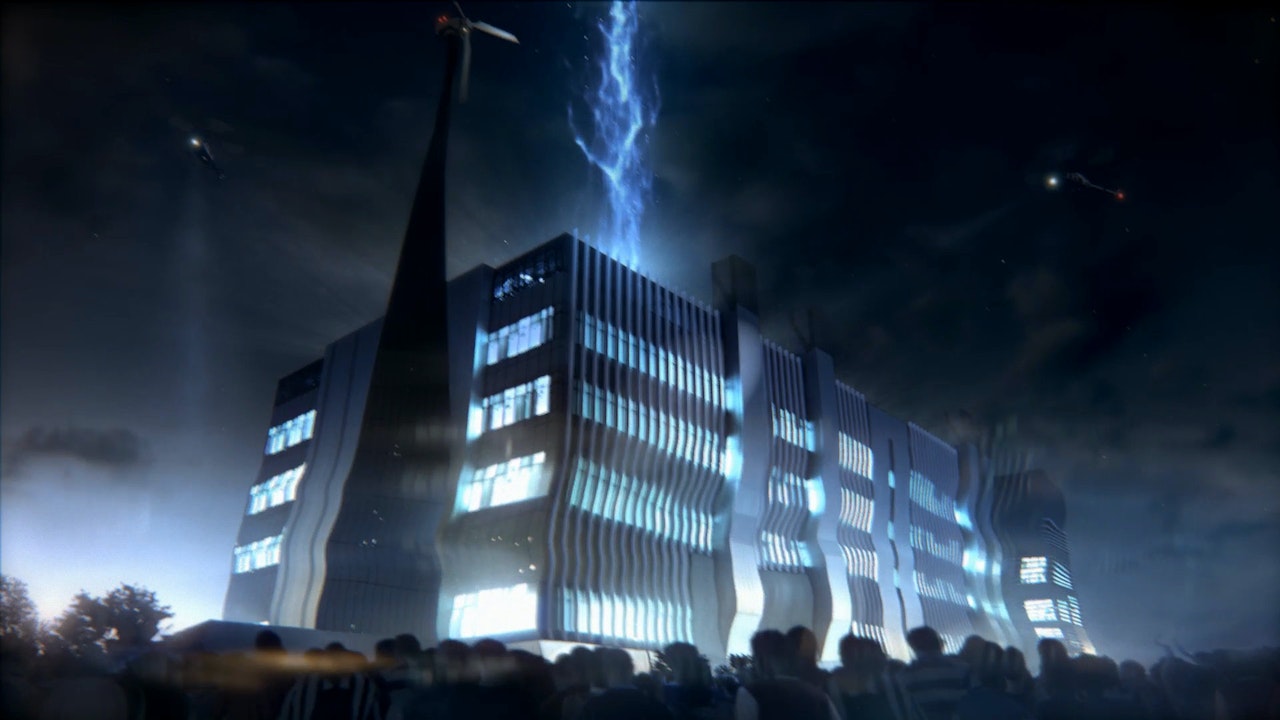 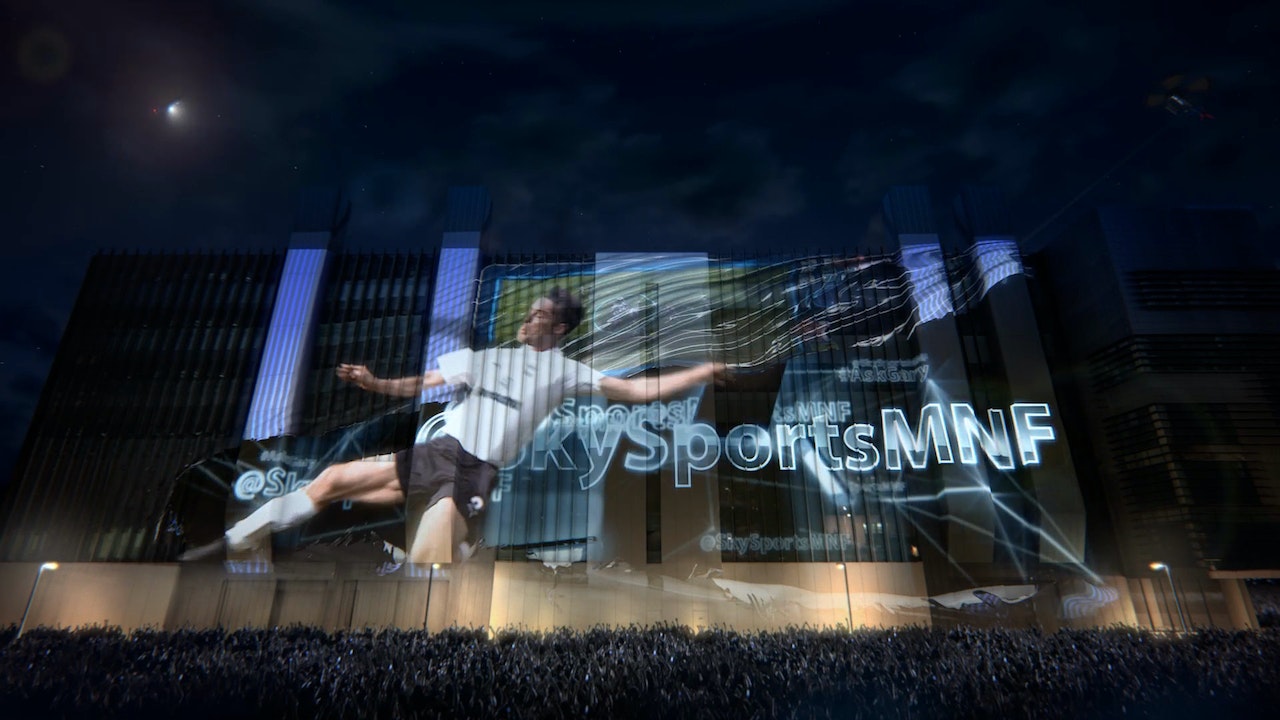 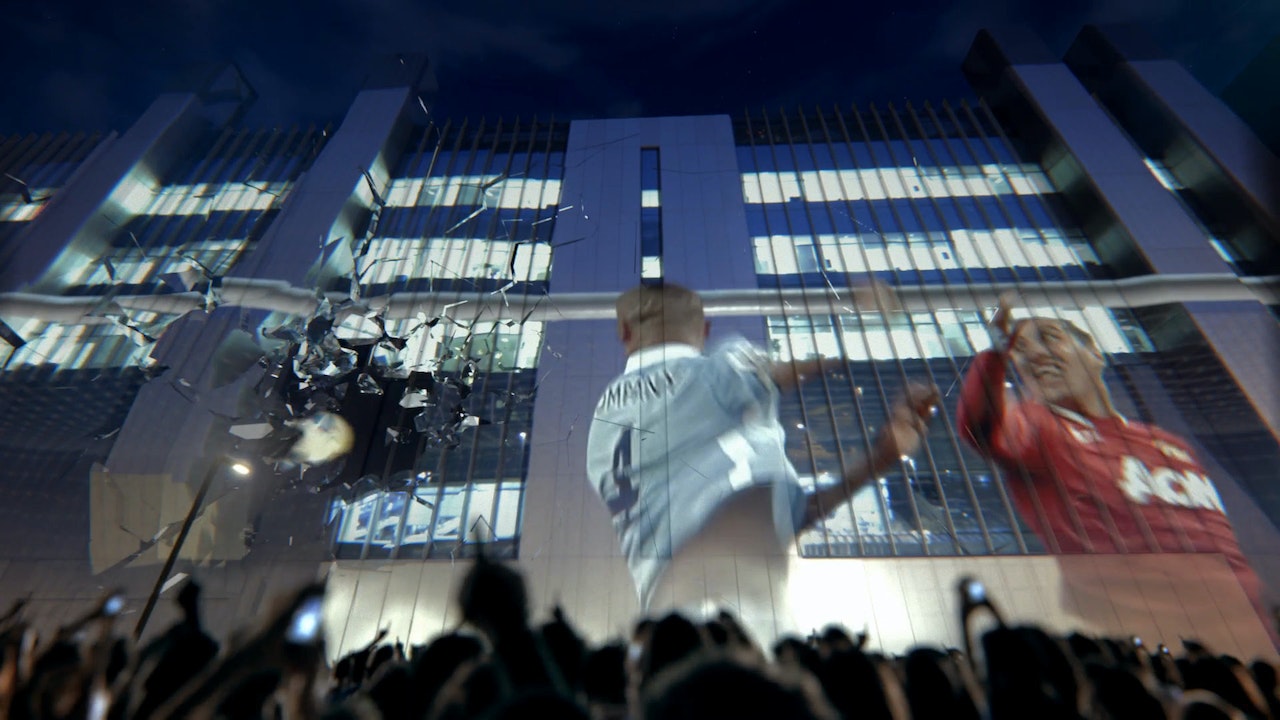 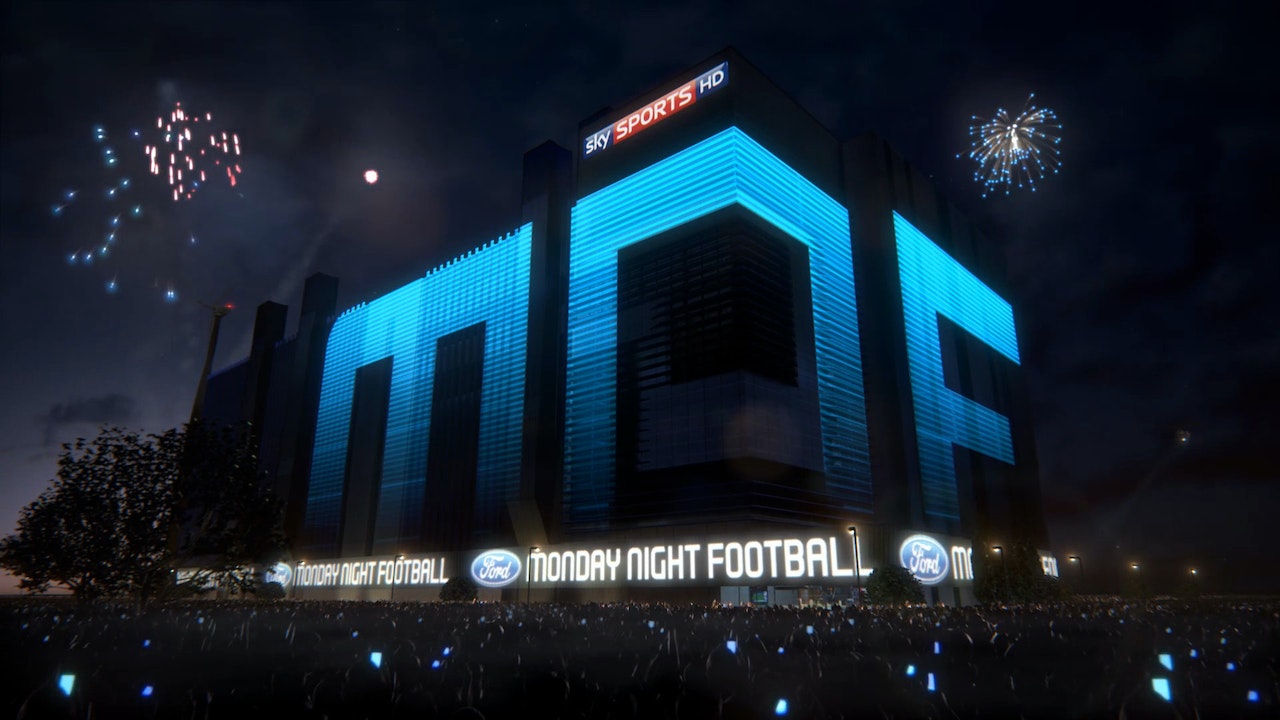 The main concept for the MNF title sequence was that of 'building projection mapping'. Featuring BSkyB's newest broadcast building as the canvas, we have projected footage of the 2011-2012 Premier League season onto the buildings facade.

The footage was projected so as to 'interact' with the building via; simulated cloth tears, smashing glass and collapsible walls.

With helicopters, fireworks, light effects and a (entirely built in Nuke) crowd of ten's of thousands, we have created a vibrant, energetic & electrical festival atmosphere.